Glamurama filled you in on the British designer Giles Deacon’s doubt about where to present his next collections. He was invited to have his fashion show in Paris and was part of the Parisian line up for the last two seasons, but now it’s time to go back home. “I’m excited with the news and this is a great decision – to bring my brand back to London is all I wanted”, he told in an interview for the British “Vogue”.

* Giles, creative director of Emanuel Ungaro maison, is going to split his time between London and Paris. “I don’t like the idea of doing two different things on the same city. I need to walk, travel, and discover things and then I’ll be more relaxed to create better. That’s why this decision was made” he adds. The next fashion shows are coming up on September and with no suspense this time! 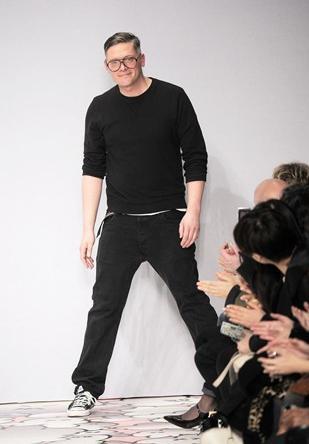