The bests of the year in fashion, according to the British, were honored on this Tuesday in London by the British Fashion Awards. And guess who was voted as the best designer of 2010? The designer Phoebe Philo, from Celine. Well, with the success the brand has made this year, mainly because of handbags fever among fashionists, it’s not too surprising … Hurray to minimalism!

* Who came away with the award for most stylish person was Alexa Chung. Already Lara Stone was chosen as the model of the year and her colleague, Naomi Campbell, received a special award of recognition by the fashion industry. Finally, the best brand of 2010 was the Mulberry, which drew a lot of attention this year because of a bag signed by … Alexa Chung. It’s the circle of fashion.

* See some of the stars at the ceremony, held at the Savoy Hotel. 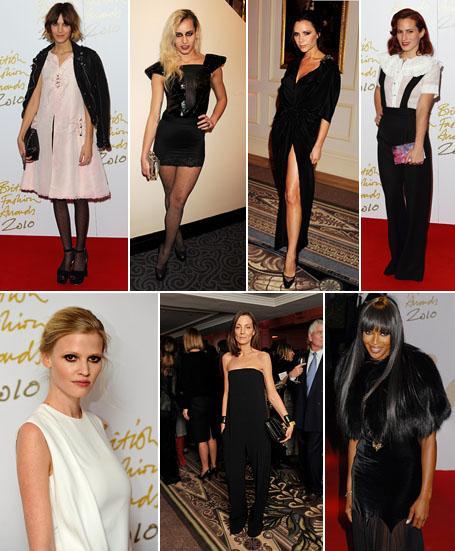