Topshop sales in United States are going very well, thank you. This is the speech that the network owner, Philip Green, has adopted and looks like it is working. According to the trend portal "WWD", he will open a store in Chicago, on Michigan Avenue, on the second semester of 2011, and New York might get a new unit as fast as possible.

* "Looking for a nice place in Manhatan to instal a store is not so hard as searching for an apartment . We are negotiating with 12 different companies and, as every businessman , I need a store to make money, have profits, and invest even more and more on Topshop", said Philip. Want some more? He yet has plans to open stores in Las Vegas, Los Angeles, San Francisco and Miami. Wow! 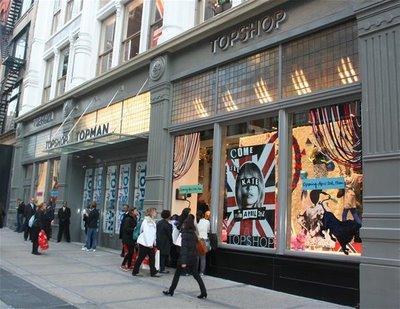