American Online just took a huge step forward this Monday when it announced the purchase of The Huffington Post, one of the most important news websites in the world, for US$ 315 million. By doing so, AOL intends to enjoy HuffPost’s local, national and international readership.

* Arianna, who came to Brazil last December and chose Glamurama as one of the few sites to be at a roundtable at the Renaissance Hotel, will continue as HuffPost’s chief editor, in addition to overseeing the entire AOL news content, which will now be called Huffington Post Media Group.

* Arianna has just posted on Twitter a picture of the integration meeting with Mario Ruiz, PR of the Huffington Post, and Lauren Hurvitz, AOL’s PR. 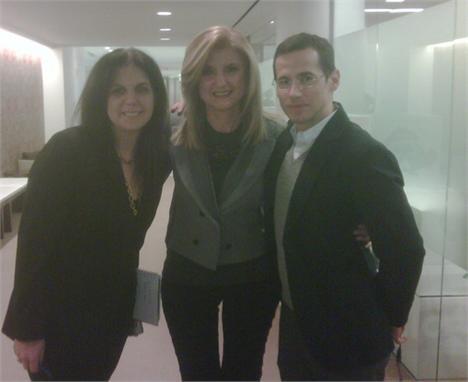