Glamurama was strolling through SoHo, in New York, when we came across a se. The new Kate Spade campaign was being photographed in one of the most traditional addresses in the city. Who was the main star of the photos? Actress Bryce Dallas Howard, a darling of director M. Night Shyamalan. See one of the pictures we took: 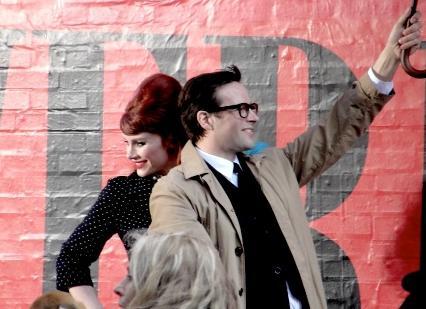