Reminder: Glamurama told that Larry King and Shawn announced their divorce, remember? Now it seems like the couple are rethinking the whole break-up thing. According to “TMZ” the show host is willing to give the relationship a new chance. The couple have filled petitions to undo their divorce paperwork.

* They decided to get divorced in April, when Shawn found out another one of her husband’s fooling around. And it got even more complicated when an overdose of meds almost caused her death at the end of May.

* And there is more: at the end of June, Larry announced he quit the TV show he led for 25 years on CNN. One of his reasons was that he wanted more time with his wife and kids. 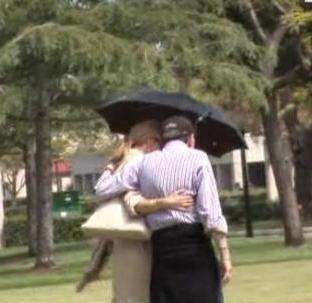