Who doesn’t want to be Angelina Jolie’s leading man? The queue of applicants is big, but only one will have the chance to play opposite the actress in the upcoming movie which she stars: "Cleopatra." With role of Mark Antony open, possible names have started to pop up.

* People magazine has already placed a bet: Brad Pitt, who, as we’ve seen in Troy, looks great in a toga, in addition to already being married to Jolie in real life, guaranteeing chemistry onscreen. George Clooney is another who would do the role proud. After all, who wouldn’t let hermself be seduced by him? Veteran of heroism, Daniel Craig may also be a good choice. To wrap up the list, there’s Colin Firth, who just won an Oscar as King George VI.

* Glamurama still thought about the very good looking Hugh Jackman, who is already in the right physical shape to play Mark Antony. Another actor who would fit the role like a glove is Clive Owen. Would you disobey any order from him? 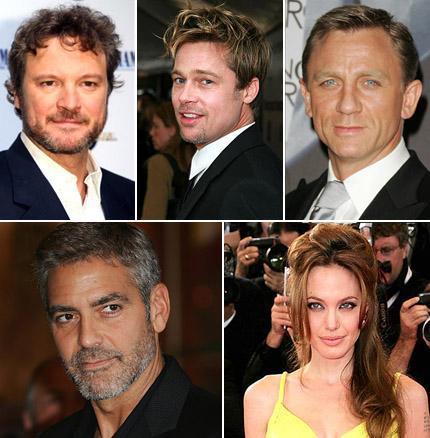