Jayme Matarazzo began his career playing his father, Jaime Monjardim, in the miniseries "Maysa". After pleasing the audience, he was invited to participate in two films, and he currently is on TV in the 6 o’clock telenovela, "Cordel Encantado." At August’s Joyce Pascowitch magazine, the actor reveals he doesn’t dream about being in front of the cameras.

* Just like his father, Jayminho wants to be a director and, of course, draws inspiration from his father’s work. "I try to learn the language that my father created. More than that, I watch how he behaves. As a director, he plays the friend, advisor, and helps each actor find the character within themselves. "

* Although he’s already set the path he wants to follow, he guy knows he has a long way to go: "I am surrounded by educated people, who lived through many things. I, being young, haven’t had so many experiences. So I’ve been reading, studying, watching movies …". Check out the article in its entirety by clicking here. 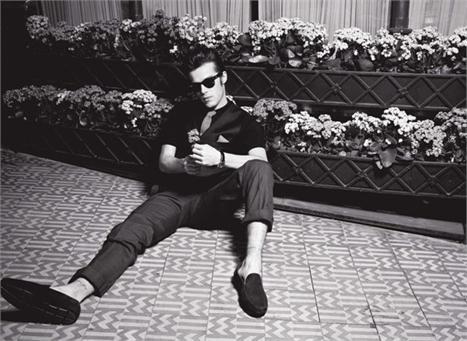