After a lot of speculation, it is now official: CNN has announced that the journalist Piers Morgan will succeed Larry King in the homonymous interview program from the American channel. * Despite being English, Piers is known by the public for being one of the judges on "America’s Got Talent " and will start in the new program – yet to be named – in January. "I watched the Larry King Live show almost through all the 25 years that it was on air and dreamed that one day I would replace the legendary man in suspenders, whom I believe is the best TV interviewer of all times." * In time: after more than 40.000 interviews and 50-year career, Larry King announced in June that he would leave the showbiz to spend more time with his family. Let’s wait and see! 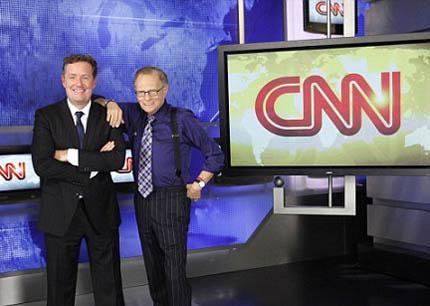