We’ve talked about the strong rumors that Chelsea Clinton and Marc Mezvinsky’s six-month marriage had come to an end. Some magazines even went on and reported that yes, the couple were no longer together. But hold on a second! To despute the rumors, Chelsea and her husband hogged the spotlight at the American Foundation For AIDS Research dinner, which took place at Cipriani, in New York, last Wednesday.

* Marc, who quit his job and was holed up in a ski resort, hadn’t been seen with his wife in a long time. But at the gala, the two arrived holding hands and smiling. Before dinner, Chelsea went onstage to introduce her father, Bill Clinton, who made a speech. Friends and acquaintances visited their table non stop and they all left saying that the couple is happier than ever. Good! 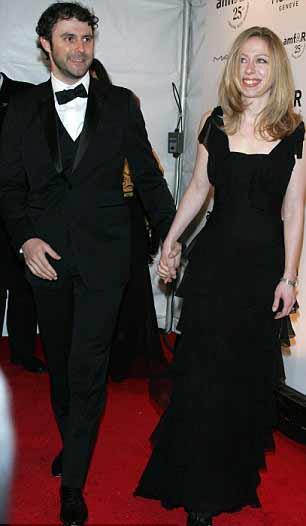