Bridget Moynahan, the mother of John Edward Thomas, son of Tom Brady, never talks about her relationship with Gisele Bundchen or Tom. When Gisele said she felt like John’s mother, in April 2009, close friends of Bridget said she found the comment a bit disrespectful, but even then she didn’t issue any public statement. Now the actress has decided to give an interview to clarify what is her relationship with Gisele and Tom. "I have a relationship with these people on a daily basis. I’m raising a child, and it’s public. The media makes a drama of it all, but I’m not living no drama in my life," she said.

* She also talked about her son’s birth in 2007. "Tom was not in the room. He was there on that day and came in afterwards. He certainly wasn’t holding my hand while I pushed," she declared. Currently, it seems that all is well between the families. Bridget, who is dating powerful Hollywood producer McG, doesn’t seem to be looking for trouble. Good for her! 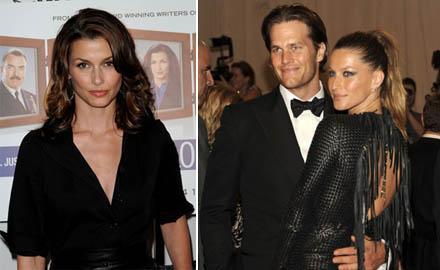