Osklen, from Oskar Metsavaht, celebrates another big achievement. After its first selling space in Shibuya-ku, Tokyo, the brand opens this Wednesday a shop in Tamagawa. But it’s not just a new address that connects Oskar to the eastern countries.

* On the first semester, he received in Rio de Janeiro editors from important Japonese media like Tatsuya Sakakibara, editor in chief of “Safari Magazine” and Fumihiro Hayashi, editor in chief from “Dune”, from “Purple Mag” and for a new publication that will be launched in October, “Libertin”. They all got to know the main touristic sites in the city.

* As a result from their visit in the "Carioca" district, they decided to use Rio as scenery for an interesting shooting for Libertin’s first edition, using local people like Marina Franco, Felipe Veloso, Luiza Mariani, Vik Muniz and Livia de Bueno. Glamurama had access to these images and shows you beforehand. Just take a look! 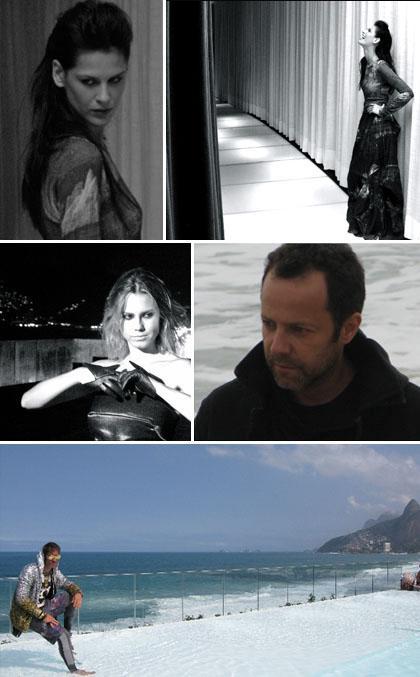