Comes from Philip Green, businessman responsible for the rise of the Topshop brand, the good news: the opening of the first store of the chain in Brazil. Owner of 400 stores around the world, the billionaire should open a national branch this year which will have as its main rival company another big one in the field, famous around here, Zara.
* The businessman confirmed his intention in an interview to the economic news channel Bloomberg. “We are working in Hong Kong for a while, now we want to invest in America”, he said. The main investments will be in Brazil, followed by China.
* The negotiations were closed with a Brazilian group in the first two weeks of May. In the market, it is speculated that the store will be open in the Mall that the Iguatemi group plans to open in São Paulo, the JK. There is a possibility that a portion of the pieces sold here – between 20% and 30% – will be made in Brazil, which will lower the costs, making everything more attractive, isn’t it right, glamurette? 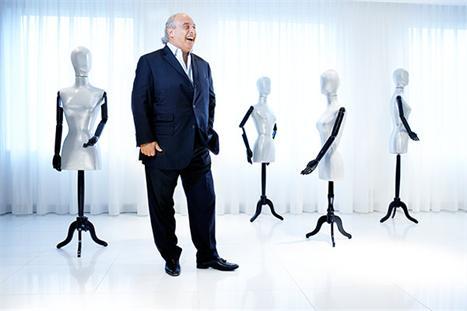